[“The Twelve Chairs” by lya Ilf and Yevgeni Petrov]

[“The Twelve Chairs” by lya Ilf and Yevgeni Petrov]

I bet everyone knows the literary picture of St. Petersburg: it is poor and yellow in Dostoevsky’s “Crime and Punishment”, bright and busy in “Eugene Onegin” but depressing in “The Bronze Horsemen”. This list can be continued. Nevertheless, hardly many realise that Moscow has been being a source of inspiration for Russian writers for many years. Here are the most interesting places the figures of which are living on the pages of well-known books. 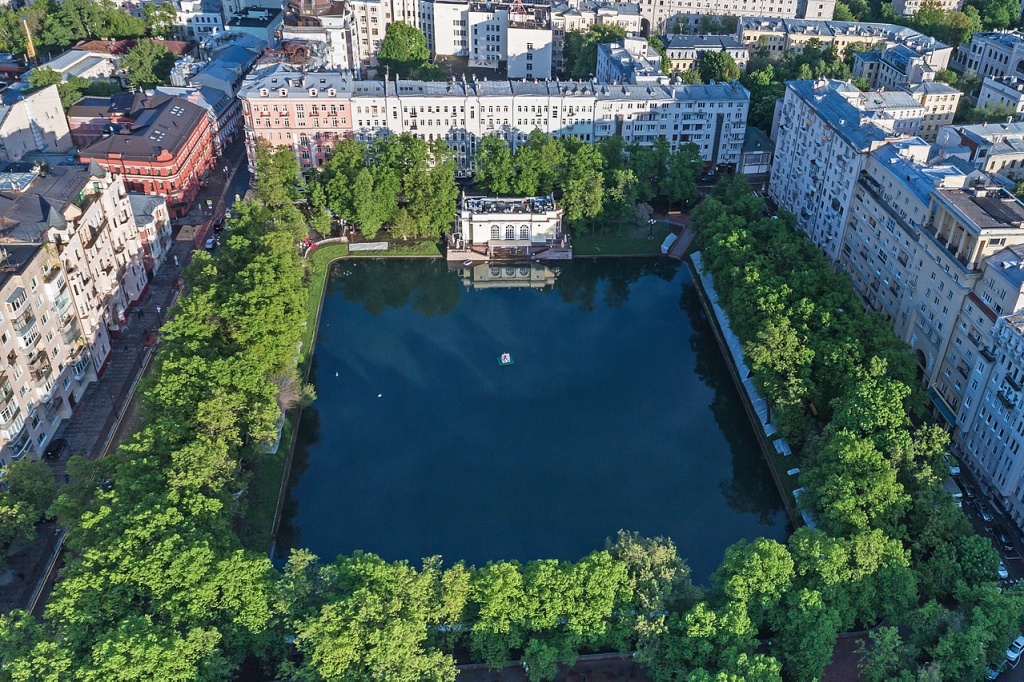 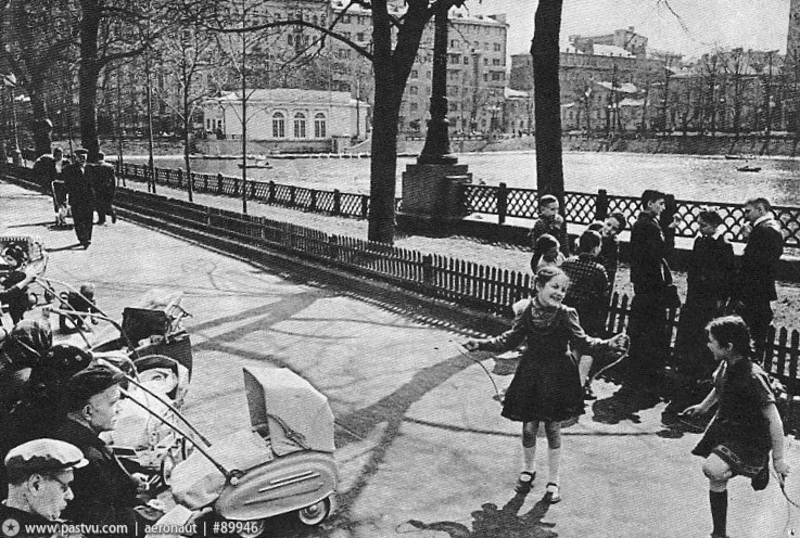 “At the sunset hour of one warm spring day two men were to be seen at Patriarch's Ponds…” Do you remember? Being, perhaps, the best brainchild of Mikhail Bulgakov, “Master and Margarita” had not come out in Russia until 1966. Interestingly, Patriarchiye Prudy, i.e. Patriarchiye Ponds are, in fact, one pond in the centre of Moscow.

Loads and loads of stories will tell you  why they were called so and why they once became such a “strange” place. After the publication of the novel, such reputation of the place was even exacerbated.

Recently, there was a signboard warning “It is forbidden to talk to strangers” and showing three figures - Voland, Koroviev and cat Begemot – crossed out by red line. It firstly appeared in 2012, but, surprisingly enough, was stolen after a while… and not even once! In May, the director of Bulgakov museum on Bolshaya Sadovaya street stated that they are to protect this object and plan 24/7 video surveillance.

Bulgakov’s novel is realistic from the historic standpoint: the city of 1920s was so accurately described, as well as people who are “ordinary people, in fact remind very much of their predecessors, except that the housing shortage has soured them”.

Bulgakov has once written that he knew 1920’s Moscow, knew it ideally because he had been in its every corner. So, while reading his novels, you should believe in its topographical accuracy… except for some minor details: there have never been tram ways near Patriarchiye Prudy. 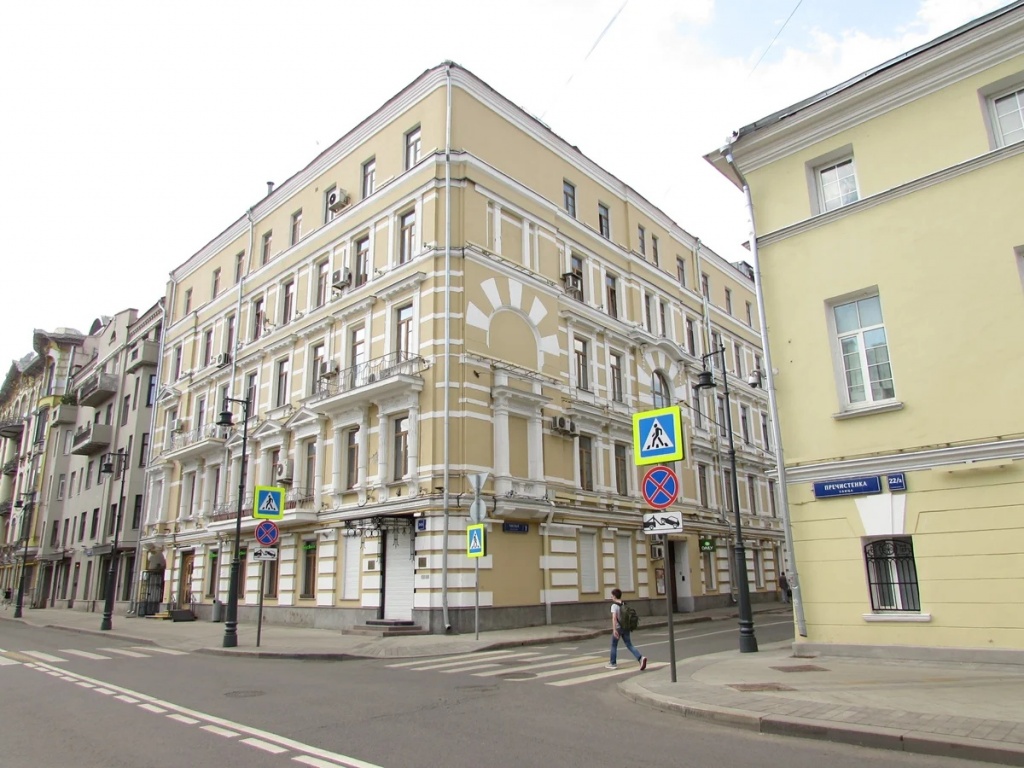 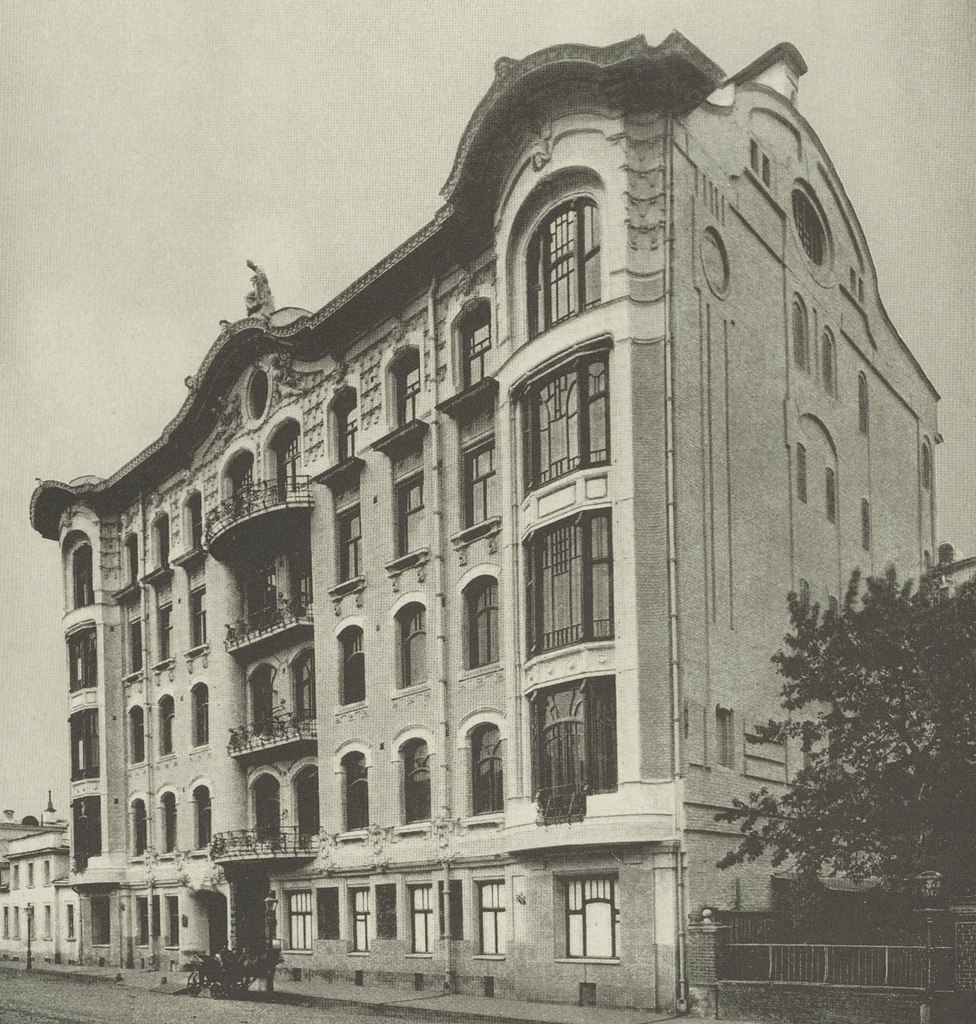 “The unknown gentleman who had enticed the dog to the door of his luxurious first floor flat rang the bell, and the dog immediately raised his eyes to the large black card with gold lettering hanging to one side of the wide door panelled with rosy, ribbed glass. The first three letters he made out straighta  "P-r-o — Pro". But after that came a paunchy two-sided trashy sort of a letter which might mean anything: surely not "Pro-letariat"? thought Sharik with surprise...” [“Heart of a Dog”, by Mikhail Bulgakov]

Kalabukhovskiy house located on Prechistenka Street is supposed to be the main prototype of Professor Preobrazhensky's house from the story. In fact, this is the house of two writer’s uncles, one of whom, Nikolay Pokrovskiy, was, as it is believed by many researchers, the prototype of Preobrazhensky. Some interior details were “copied” from the house behind – Rekka’s House. Both buildings were founded in the beginning of the 20th century. 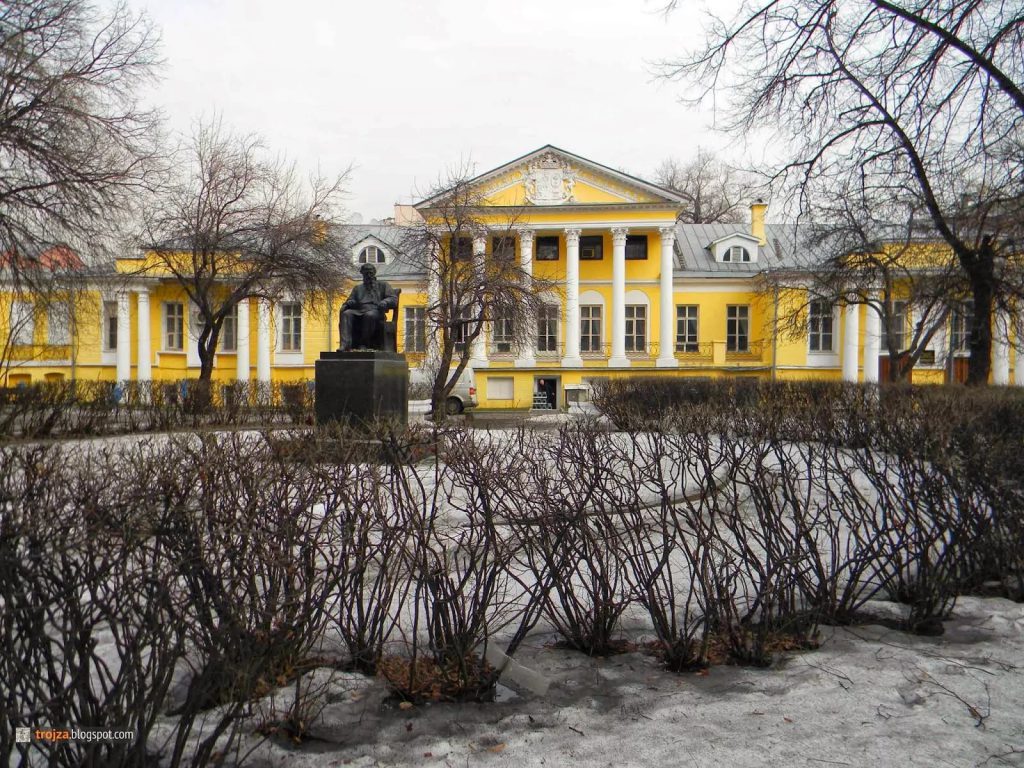 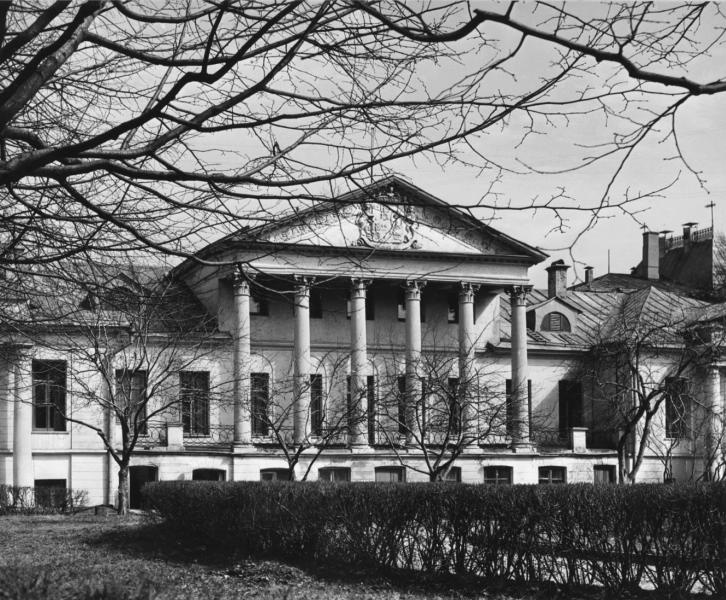 “The fire he had been so indifferently looking at recently had dramatically increased. Moscow was burning in every corner. Karetny Ryad, Zamoskvorechye, Gostiny Dvor, Povarskaya, vessels on the Moskva River and wooden market near Dorogomilovsky bridge were all burning at the same moment.” [“War and Peace”, by Leo Tolstoy]

This lemon-yellow estate built in the middle of the XVIII century in classical style was firstly owned by Vorontsov-Velyaminov. It is known that 1812 fire did not destroy the buildings. By 1853, Michael Bode-Kolychev had become the owner. He was a zealous collector of paintings and weapons. That's why contemporaries named his house "the museum of medieval attractions".  Leo Tolstoy was a relative to Bode-kolychevy, so he frequently visited balls there.

Strange as it may sound, many researchers consider the mention of Povarskaya street a coincidence. Nevertheless, the estate is usually called Rostovy house. 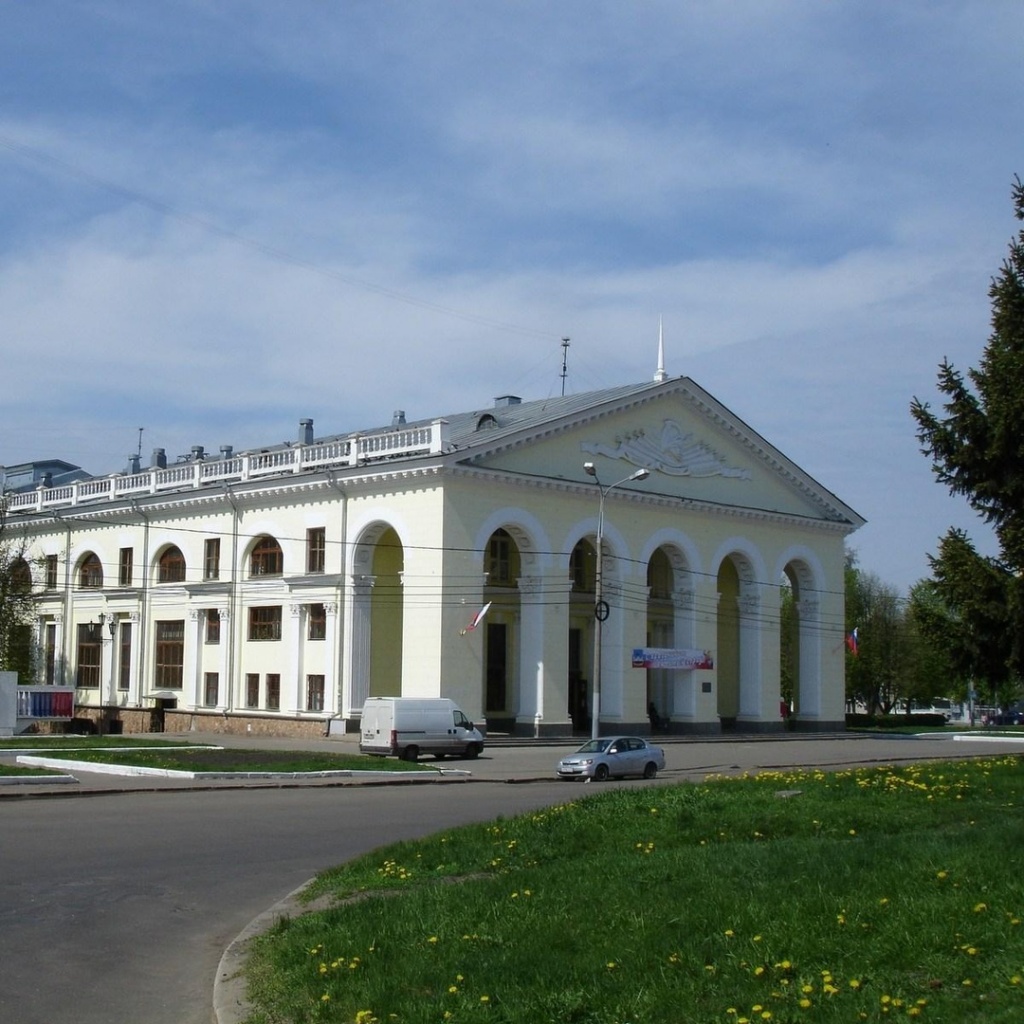 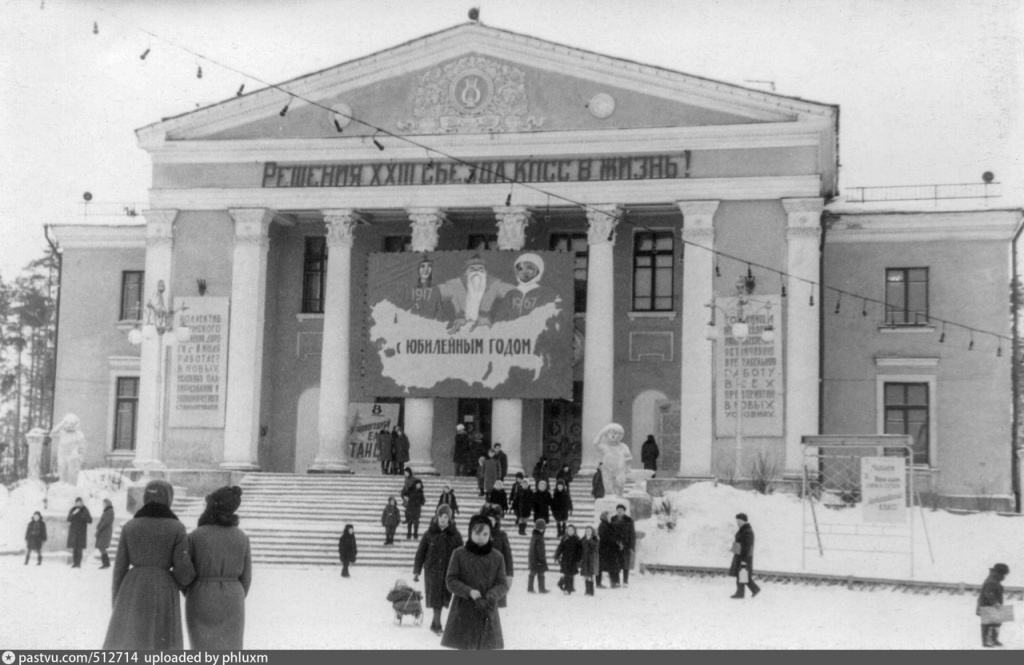 “He stopped at the third window from the front entrance to the railway club.  The mirror-like windows of the new club shone pearl-grey in the approaching dawn.  Through the damp air came the muffled voices of goods trains. Ippolit Matveyevich nimbly scrambled on to the ledge, pushed the frames, and silently dropped into the corridor.” [“The Twelve Chairs” by lya Ilf and Yevgeni Petrov]

Central Railway-workers House of Culture started its story in 1927. A legend says that the sponsor was Nikolay Stakheev, a merchant who fled Russia after the Revolution in 1917 but then came back to grab the rest of his capital. He was “caught” and warned to leave his money in order to get a chance of going back overseas. This was described in the novel - in the last chapter called “Treasure”. According to some views, he is the prototype of Ippolit Matveyevich. 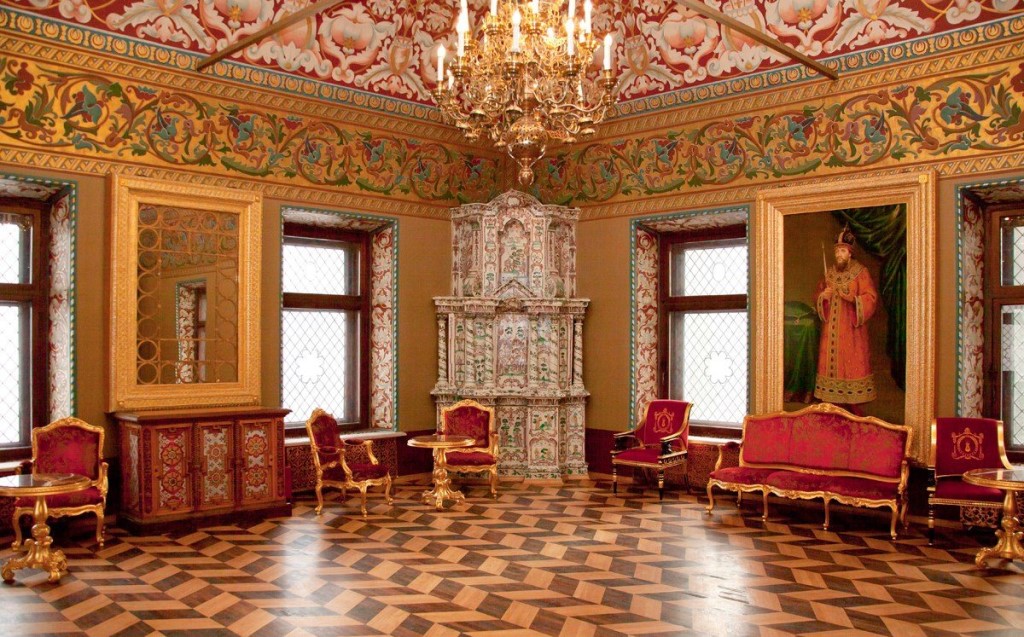 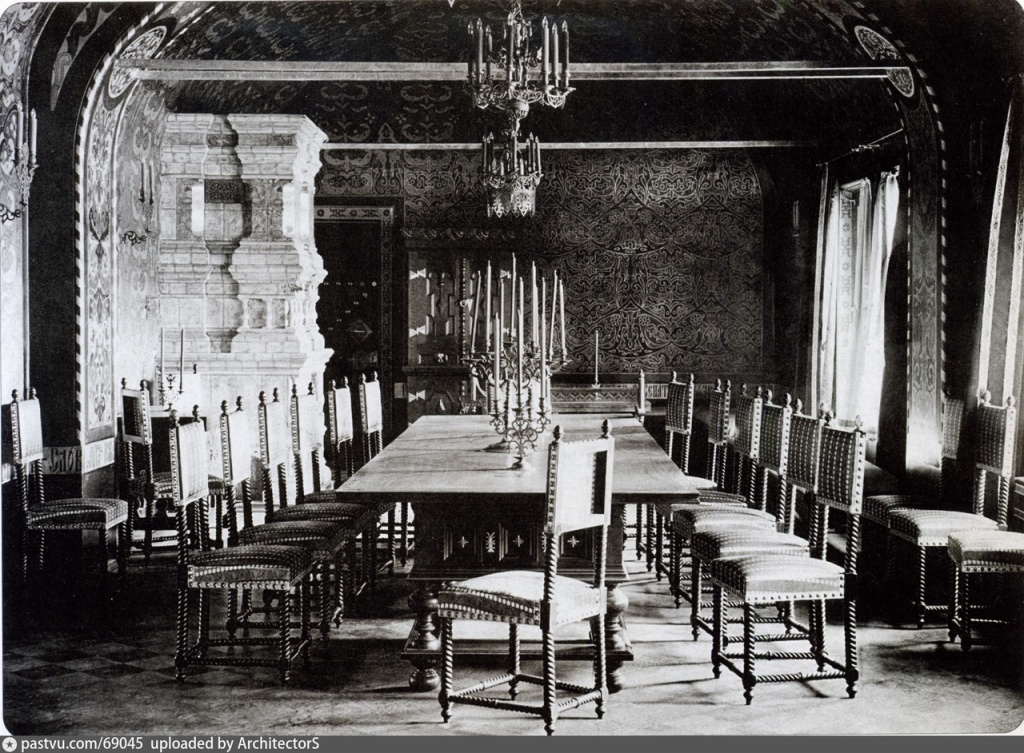 “This wearisome perambulation takes up an hour or two;

at last the coach has reached its destination;

after Saint Chariton's gone past

a mansion stands just round a turning.

On an old aunt, who's long been burning

with a consumption, they've relied.

And now the door is opened wide,

a grizzled Calmuck stands to meet them,

and from the salon the princess,

stretched on a sofa, calls to greet them.

Yusupovskiy Palace on Sadovaya street is one of the oldest buildings in the capital. Pushkin loved this place. Perhaps, that is why Tatyana Larina moved into this estate having come to Moscow.